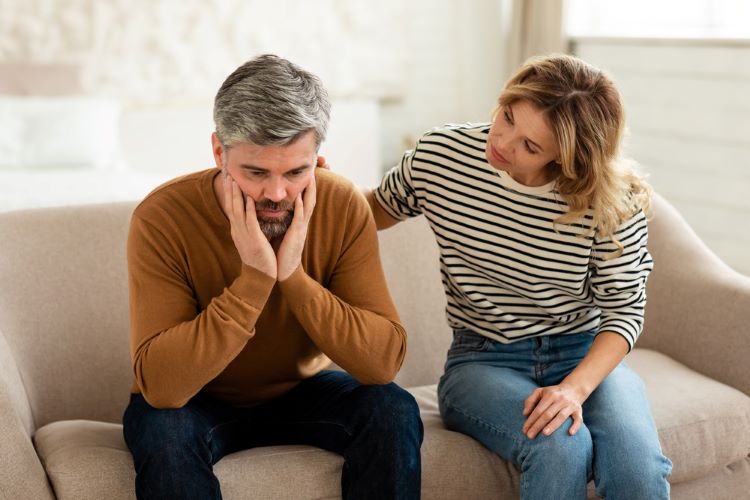 James was 46 years old when his manager called him to her office to talk about some concerns. His colleagues had mentioned that he recently got lost in the building on his way back from the restroom. They mentioned that he was having trouble with the project management software they were using for their work and that he would often have trouble following their conversation, especially about complex topics that were necessary to understand for the work.

When he walked into the office, he was confused about why she wanted to meet in her office, she usually just stopped by his desk or met with the whole team in the conference room. She closed the door and began to discuss the concerns with him. She mentioned that perhaps he would want to bring his wife Susan to meet with them together. James’ reaction was very defensive. He did not think he was having any issues and his colleagues were “making up stories.” The manager asked him why they would be making up stories about him and he became pensive. He said that he was forgetful sometimes but that was because of stress and memory issues happen as you age.

He agreed to come back with his wife and entered the appointment in his phone. She sent him home to rest for the afternoon and he left deep in thought. The next day James and Susan were due to meet with his manager at 9:00 a.m. but 9:00 came and went with no James or Susan. The manager called their home and Susan picked up the phone. She greeted the manager warmly and asked why she was calling. The manager said that a meeting was scheduled with James, and he didn’t show up to the meeting or to do his work.

Susan immediately responded that this was not good because he left for work at 6:00 a.m. and should be there. The manager knew this was a dangerous situation, so she told Susan about the meeting the previous day. Susan said that there had been little instances of memory loss but otherwise she thought James was fine – until now!

Susan got in her car to go look for James and the whole team of colleagues went outside to look for him. They found him in his parked car on the outside of the parking lot. They knocked on his window and he looked startled. He said that he was just so tires and was taking a break. They called Susan to let her know where he was, and she showed up at the office. She talked briefly with everyone who shared small recent experiences with her. As she left, she shared that she was going to get him in to see his primary care physician to see what his options were.

Memory loss is prevalent today. Not the type where you forgot where you left your keys but the type where you put your keys in the refrigerator and when you find them later that day, you don’t remember putting them in there. If you or a family member are facing a diagnosis of early onset dementia, please reach out to us. We have extensive experience helping families navigate memory loss and other forms of cognitive changes. We would be happy to help you and your loved ones should you find yourself in this situation. Please give us a call at 561-291-3699 or email us at info@palmbeachcaremanagement.com. We’ll be happy to assist!