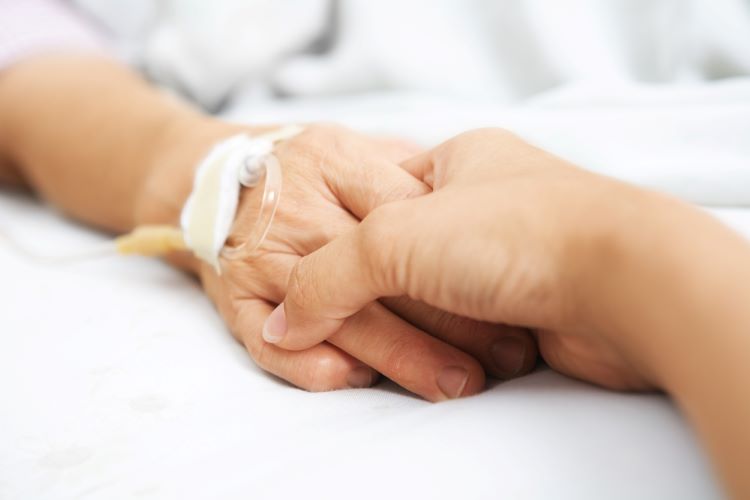 When I met the family, they had already started the process of protecting Grandma Joan but what happened to her is not uncommon and is an important story for all families to know.

The family was so thankful when cousin Ginny said that she could move in with Grandma Joan to help take care of her and her home. Ginny was divorced and was looking for a place to live and moving in to take care of Grandma was a perfect solution as the whole family agreed that keeping Grandma in her home would be the best for her. This was a solution that helped both of them.

Ginny moved in and Grandma was delighted. When family would call to check in, they both were so happy and ecstatic to share stories of their time together. Over time, Grandma’s memory and cognitive abilities began to decline and Ginny told the family that she was taking Grandma to the doctors and helping manage her care. Visits on the phone became a bit sparser because Grandma had trouble with the conversations and was often confused. The family praised Ginny for her patience and caring for Grandma and provided financial support where they could help supplement Grandma’s social security and small pension from her work as a young woman.

They had no idea what was really happening in the home and were shocked when they found out that Grandma had fallen and was not taken to the hospital. Cousin Sally decided to fly into town to visit Grandma and check on her and what she found was appalling. Grandma was in her bed and the bed was heavily soiled with urine and feces. Grandma had pressure wounds on her buttocks, back, and legs from being left in bed in the filth. Sally called 911 to have Grandma transported to the hospital. Ginny pleaded that it just got to be too much, and she was trying her best, even though overwhelmed. Sally questioned why she hadn’t asked for help as there were 10 cousins willing to help with Grandma’s care in different ways. Sally reviewed the bank accounts and found that Ginny had added herself to Grandma’s accounts and had been taking a large share of the money for her own use.

The hospital found that Grandma had a UTI that had become septic, and they put her in the ICU to treat her infection and wounds. After two weeks of treatment, Grandma’s memory improved, and her cognitive reasoning came back. The doctors said that often a UTI can mimic the symptoms of dementia or other cognitive decline. Grandma told Sally how horrible things had been and that she was afraid of Ginny’s boyfriend who would yell at her and tell her to shut up if she asked for water.

Sally and the rest of the family were shocked, and they immediately reached out for care management assistance to find a safe way to move Grandma in with Sally’s family. They had a mother-in-law apartment where Grandma could live independently and have assistance from Sally and her kids to run errands or help drive Grandma to the salon and other appointments, including social outings. We were happy to work from our town with a care manager in the destination location to manage the move and medical care transition.

Grandma Joan improved so much that she seemed like a completely different person between the time she was first taken to the hospital and when she was ready to fly to her new town. We still receive occasional notes from Grandma Joan about how happy she is and glad that we could help her family manage the move to “save her.”

Sadly, even family members can be a threat to the wellbeing of seniors. It is very important to physically check on your aging family members to make sure that they are safe and being well taken care of. There are many options to protect them and we, as care managers, advocate for their care needs and making sure that they are not being taken advantage of. Whether you live near or far, we can check on your loved one regularly to monitor their care regardless of who is providing the care for them.

If you or someone in your family are facing aging challenges, please give us a call at 561-291-3699 or email us at info@palmbeachcaremanagement.com to find out how we can help you.